You may be wondering “what are Jandals?”

Quite simply they are New Zealand Slang for flip-flops. Kiwi’s are never too far from their compulsory jandals. In fact I am pretty sure the government gives you a pair after you arrive into this world.

How else are you meant to protect your feet? It’s not right to head to the beach or to the local prickle infested park without your jandals. Think of all the pain and suffering if you forgot them!

That’s why we absolutely LOVE them and our jandals travel everywhere with us. 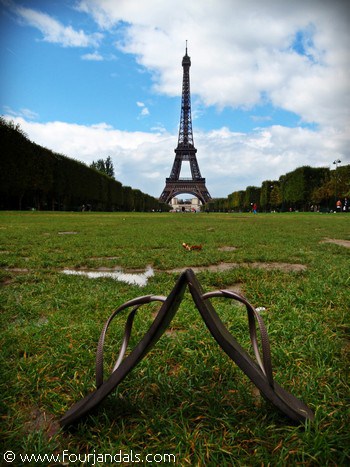 We can’t actually even remember how we came up with the name for our travel blog but assume that it involved a late night enjoying a few beers. Not to mention that there between us we have four feet and hence need Four Jandals… I know, fascinating. Finance your trip to New Zealand by clicking the link!

What are jandals known as in…

Thongs in Australia, Plakkies and slip-slops (or just slops) in South Africa, and go-aheads in the South Pacific.

In Brazil called chinelo, sandália or Havaianas. In the Philippines they are mostly called tsinelas. In Hawaii and several other places around the world, they are commonly called slippers. In Greece they are known as sayonares (σαγιονάρες), probably from the Japanese word sayōnara, that means goodbye, because of their Japanese origin.

Poland they are commonly called japonki which indicates their Japanese origin. While in Russia and Ukraine they are sometimes called shlepantci.